We left Colorado Springs on September 27th, and our first stop was South Fork, Colorado. We stayed at the South Fork Campground that was located right on the Rio Grande River. The campground was very cute, clean. The people that worked there were helpful and accommodating. Once we pulled up to the office, it was recommended we disconnect our TOAD (car) to allow better maneuvering in some tight turns to get into our designated campsite. After Mark disconnected the car, he drove off to park the motorhome, and as I tried to start the vehicle to follow him, the battery was dead. From all the inconveniences that we have had, this one was minor. The camp host gave us a tow with his golf cart and Mark popped the clutch and bump started the car.  We let it run for a few minutes, and we were back in working order (Thank God!) But a fun fact we learned about South Fork after we left was,  in the 1983 movie National Lampoon's Vacation starring Chevy Chase as Clark Griswold, the Griswold family spent the night at a camping ground in South Fork. 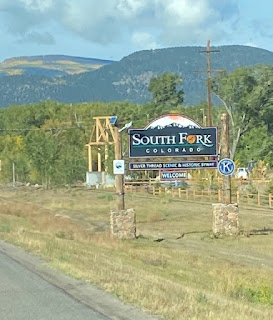 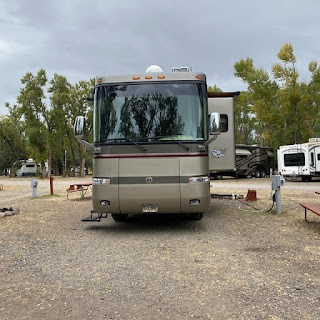 We went out to dinner that night at a Mexican restaurant down the road called Ramons. It was pretty good. The margaritas were excellent! It's so hard to plan meals when traveling without a refrigerator. Yes, we still do not have a working fridge. It has been a fiasco, but every day we are working toward a resolution. GRRRRRR!

We woke up early Tuesday morning and were back on the road. This time we were headed into Cortez, Colorado. We drove up the pass (Wolf Creek Pass) elevation at the summit was 10,856. Driving a 41-foot motorhome over a pass can be nerve-wracking at times. However, this pass was smooth. They even had a sign that warned us of a hairpin turn, which wasn't that bad. But I will tell you when I see signs like that my stomach goes into knots internally. You will never understand unless you have been in a beast such as ours and turning corners at 11,000 feet, and all you can see are cliffs on both sides! YIKES! But Mark did such a great job; he kept my blood pressure under 140/90. 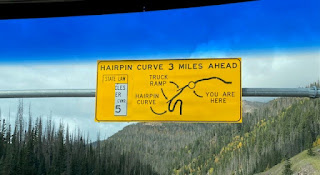 The sights were beautiful; the leaves on the trees were turning. As Mark was driving, I snapped a lot of pictures and took a few videos. I love this time of the year. You could tell that Fall was in the air when we arrived in Cortez. Our first night here, we had a nice rainfall and woke up to a massive thunderstorm. 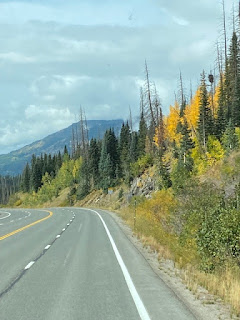 During our time in Cortez, we tried to venture out and see as much as we could. One of the first visits on our agenda was Mesa Verde National Park. I didn't have a lot of expectations when visiting this park as I had not heard a lot about it. We knew we were going to be in the car through most of it, which was fine. As we drove up the road, we found the views were breathtaking. We stopped a few times to snap some pictures (yes, I'm always taking pictures.) We made many stops at the allocated places on the map to learn more about the Pueblo Indians Pit Houses and Cliff Dwellings. The history in this park was intriguing. I could have spent more time here learning about the life of the Ancestral Pueblo people. 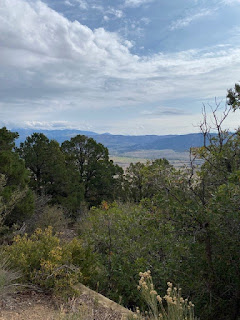 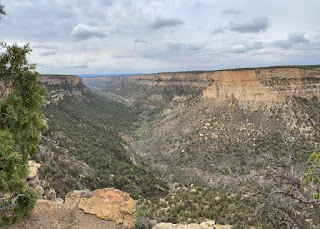 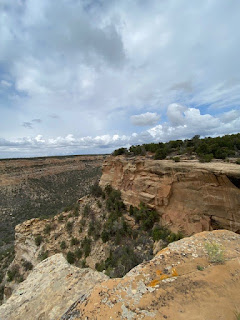 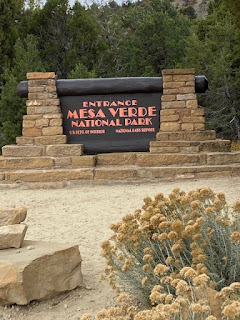 The road that takes you to one of the larger Cliff dwelling tours (“Cliff Palace”) was closed for construction, so almost anything we saw was done by visiting the sites along the “Mesa Top Loop” road and overhearing the Park Ranger as she narrated to a group on a tour bus at a couple of stops. It was exciting hearing what she had to say. A lot of the homes, i.e., cliff dwellings and pit houses, had been preserved. She even pointed out the original clay stones used to build one of the homes (Sun Temple A.D. 1250.) 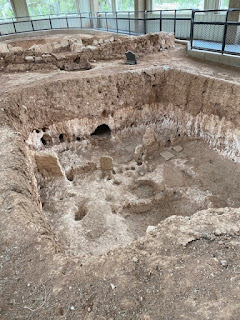 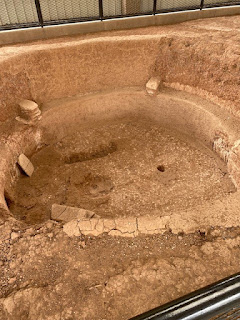 The next day we decided to take a drive from Cortez to Silverton. We didn't take the train as it was too long of a round trip to leave the dog alone. The drive took us over Molas Pass elevation 10,899. We stopped once we got to the top to take a few pictures; there was some fog in the air, the sun was starting to peek through, the view was stunning. 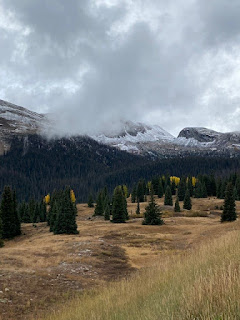 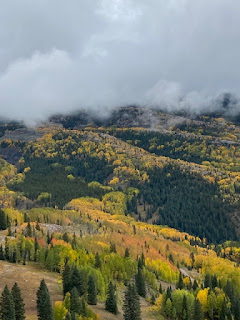 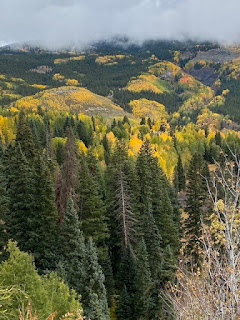 Once we arrived in Silverton (an old mining town), we could see the trees changing colors on the mountainside. The colors of the trees were majestic, and it gave me the feel of Fall. We parked the car and went to have lunch. Silverton and many other cities have also felt the impact of the pandemic. They have difficulty finding people to work, which has caused many restaurants to limit their hours, and some have gone out of business entirely. The young lady that waited on us told me that she is working seven days a week and most of those days are long hours. 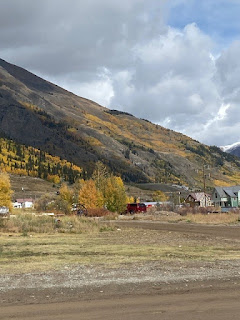 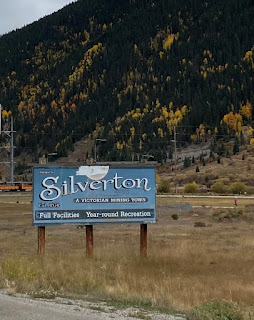 If I could use words to describe this adorable town, I would best describe it as a sleepy old mining town with a quaint feel and a laid-back lifestyle. After lunch, we walked around, snapped more pictures. The train that runs from Durango to Silverton was sitting at the station loading. We walked past and saw many tourists boarding as the train was getting ready to head back to Durango. We snapped more pictures and decided it was time to get back in the car and head back to the campground as we had a 2.5-hour drive ahead of us. 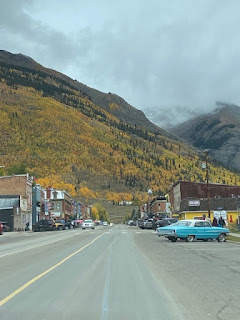 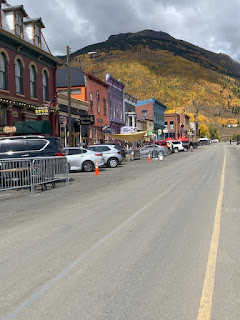 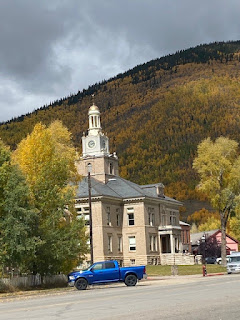 We departed out of Cortez for New Mexico on Sunday, October 3rd.  As mentioned previously, we have been dealing with getting the fridge fixed, and hopefully, while in New Mexico (with parts coming soon via FEDEX), we will be able to do that. Leaving Colorado was sad only because there was so much more that I wanted to see and explore. We know that we will be back, not sure when but we will be back.