We made it to Colorado on September 8th after our short stay in Spearfish, SD. When Mark and I made our itinerary, we looked at Campgrounds starting in Fort Collins down into the Denver area. To give you an idea of what we were up against – (1) Trying to find anything available in the area was difficult; many places were booked through the end of September. (2) Prices to stay at some decent places (not even high-end RV resort types) ran between $80.00 - $120.00/dollars a night. There was no way we were paying that; there was just no way.  My thoughts on that are, as long as people pay, the prices will continue to rise or at least stay the same. So, with all of that being said, we ended up finding alternative places along the route, which were on the budget side (what I called “dumpy” places) that were ok for a stopover but not places we would stay for a few days. 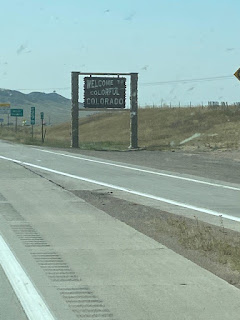 The first place we pulled into was a campground in Fort Morgan, Colorado, and I will tell you, the place was pretty run down. There are a few things we consider when we pull in for a “one-nighter.” 1) We prefer to keep the car hooked up if possible. 2) Electrical hook-up is a priority to run AC and appliances without worrying about generator hrs; full hook-ups are nice, but for overnight, we are flexible.  3) It is nice to have the option of a restaurant or two close by or within walking distance if possible.  We hit the jackpot on all those. We had dinner at a small “hole in the wall” called The Flame Steakhouse, a short walk from the RV Park. It’s deceiving from the outside, but the food was the bomb! 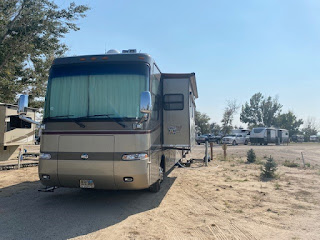 As we were packing up to head out, we heard a rattle in our refrigerator. When I say rattle, I mean LOUD rattle! We looked at each other like, “What the heck is that?” Mark thought the ice maker was trying to make ice. Since he had shut the water off, he turned the water pump on to see if that would fix the problem; it was still making noise; he went out and pulled the cover and said it sounded like it might be the compressor but hoped noise would go away as we made our way to next stop (WRONG!)

After pulling into the Strasburg KOA, which by the way, was not close to the standard of KOA’s we had stayed at previously on our travels, especially for the price – I classified it as a very dusty dump. We did a little more troubleshooting and figured out our fridge compressor was probably toast. Mark did unplug it before we met friends for dinner to see if resetting it would bring the compressor back to life.

After dinner and drinks, we went back to the motorhome and confirmed that our fridge compressor was kaput, still making rattling noise followed by a thump thump every 1-2 minutes. We left Strasburg for Buckley AFB FAMCAMP (which was very nice compared to the last two places and super reasonable) the following day, and there we spent two nights. We took a day to visit Estes Park, but the rest was spent buying ice chests and emptying the fridge. We tried keeping a positive outlook, and I don’t want to sound so privileged, but living without a refrigerator is quite inconvenient. 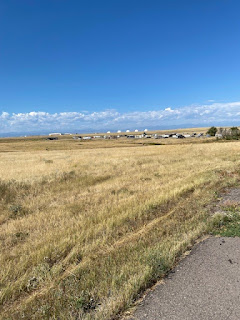 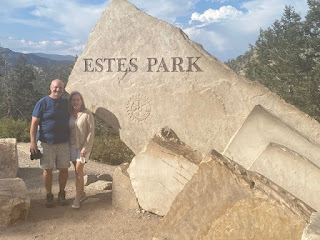 After our short visit to the Denver area, we left on Monday, September 13th, and headed to Colorado Springs for two weeks. This was my first time in Colorado Springs other than just driving through. Mark felt like he was coming home. When we lived in Arvada, he had a few construction projects here and spent many hours on the road commuting between Arvada and Colorado Springs.

While we were here, we stayed at a Fam Camp at the Air Force Academy (Peregrine Pines). After staying in a few “dumpy campgrounds” on our way, it was nice to pull into a clean campground with big trees, and we weren’t worried for our lives, aka sleeping with one eye open!  Knowing that we would be here for two weeks, we were excited just to be parked for a while and relax. Having the hustle and bustle of being on the road can be exhausting, overwhelming, and gets old very fast. 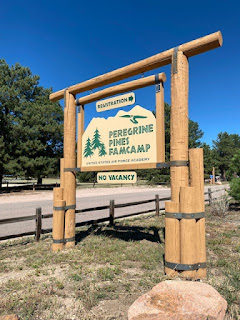 The second day here, I drove up to Castle Rock and spent the day shopping and just relaxing.  Castle Rock, Colorado, is a great city to explore. When Mark and I first moved here, we were looking at buying a house in the Castle Rock/Castle Pines area.

On September 17th (Mark’s Birthday), we made a touristy trip to Canon City and rode the train through the Gorge. Royal Gorge Route Railroad it was fun, the day was beautiful, but once the trip was over, we agreed that we’d never do that specific train ride again. We saw some beautiful sights, such as the Arkansas River, Suspension Bridge, Canon City, the beautiful Gorge. However, it was not what we expected (the train traveled about 10-15 MPH up the track for an hour and then backtracked to the station.) 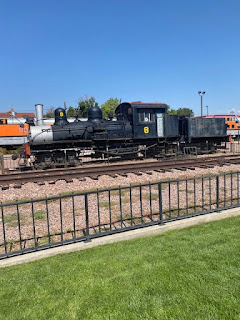 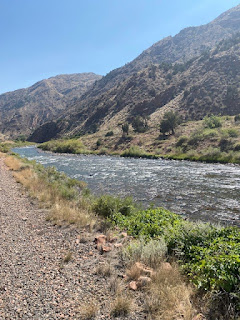 On Saturday, September 18th, we went to the AF vs. Utah State football game. We had the best time. The game started at 5:15 pm, and the weather could not have been more perfect. I had no expectations when we went; however, I was rooting hard for AF as the game went on. The game was back and forth up to the end, and AF lost 45-49. It was a heartbreaker for sure. 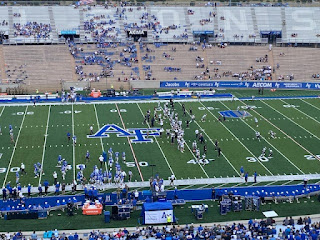 On Wednesday, September 22nd, we visited the Garden of the Gods. I intended to take some pictures, go on a hike and see some beautiful sites. It was just a tad bit disappointing. The views were lovely, but this is not the park if you want a nice hike. It was quite the tourist trap; there were concrete walkways rather than expected trails & tons of people clogging the sidewalks; it was almost impossible to get a picture because it was so crowded.  I’m glad we did it, but I have no desire to go back. 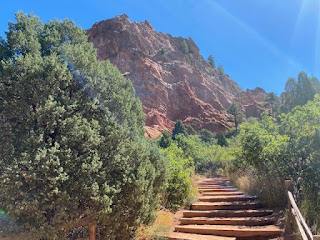 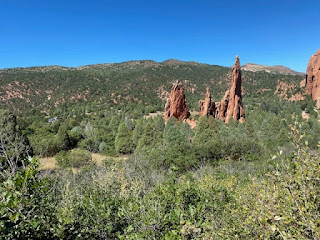 We will depart Colorado Springs tomorrow September 27th and head on down to South Fork, Colorado, taking in all of what Colorado has to offer. Mark and I have been extremely fortunate to spend two whole weeks here at the AF Academy famcamp.

We drove to the Academy Airfield one Friday morning to watch the sailplane flights (each 1st-year cadet gets four flights in 2-place sailplane to introduce them to aviation & flight operations) and the parachute jump operations for the cadets. Per the info at the airfield, this is the only program in the world where the first jump is solo free fall, so hopefully, they are paying attention when they are going through classes and drills before throwing themselves out of an airplane!!   Even though I know that neither is something I would ever want to do, it was fun being able to watch. 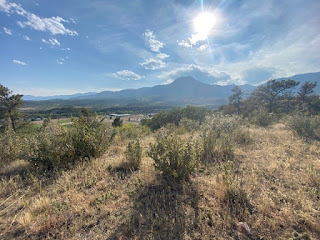 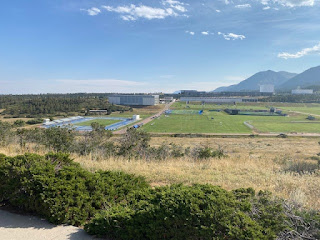 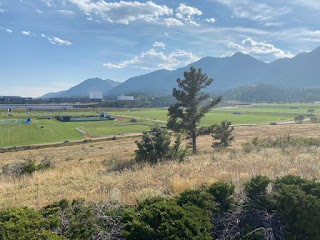 So, we will wake up early tomorrow morning and pack up as we will be heading out as we set up camp just south of here in South Fork, Colorado, for a day, then head to Cortez, CO, for a week. 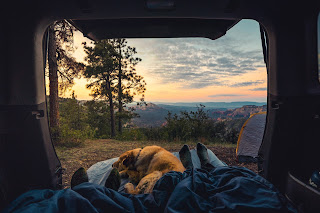 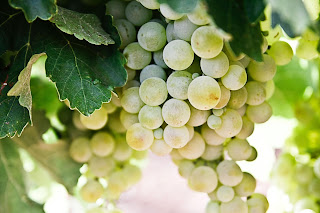